It is possible to set up an internal Ranking for Users or Objects inside of an Object Class. This Ranking is only visible to Advanced Users but not to Web Users.

The Rankings are designed to work with a workflow that uses Framework Bookings. Workflows with Class Bookings can take advantage of this feature by loading the Object Class into the Object Tree and see the Ranking in a mouse over. The Ranking will be on User/Object level, so it won't be stored inside of the Bookings if the Ranking changes within time, e.g. a User first was ranked at level B and now is a level A asset.

To be able to setup a Ranking the User needs to have the User Permission to access the Server Setup.

User without Server Setup Permissions will just be able to use the default created Object Rankings and use the option "Other".

Go to the Object Manager > Object Classes > Edit Object Class. Click on the drop down menu in front of the User > Ranking > Setup Rankings.

Click on the green plus (New) icon to add a new Ranking. You can type anything from letters, like A, B, C to full words. Long Ranking Names will be cut off after three letters.

Rankings can be manually sorted by clicking on the blue arrows in front of the Ranking name or by grabbing the Ranking and moving it up and down with the mouse. 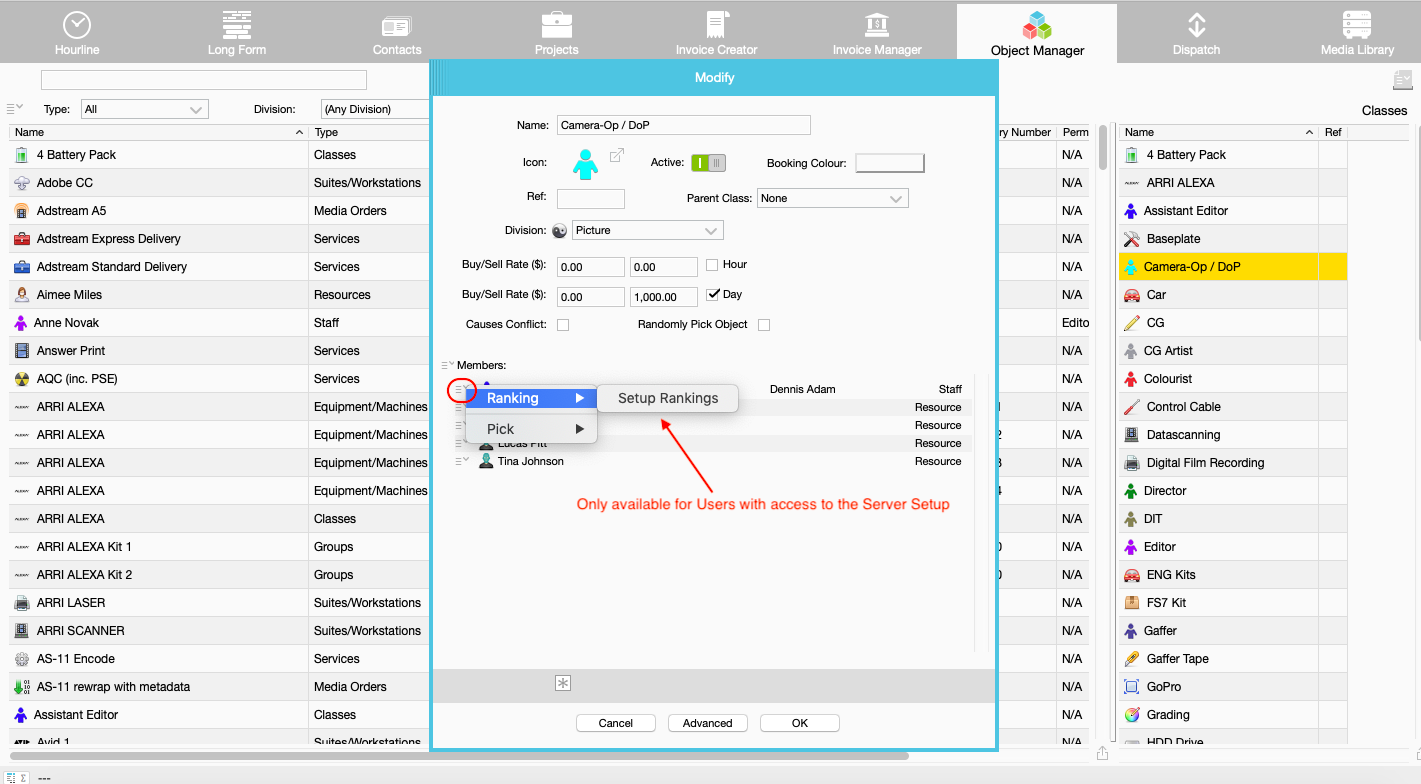 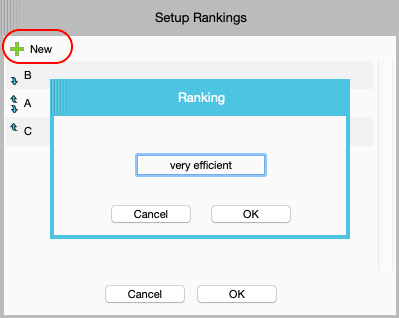 If Rankings are setup, click on the drop down menu in front of the User > Rankings > pick one from the list or choose "Other". This "Other" option allows you to add a new Ranking, which won't be in the default list, but will be then assigned to this User/Object. 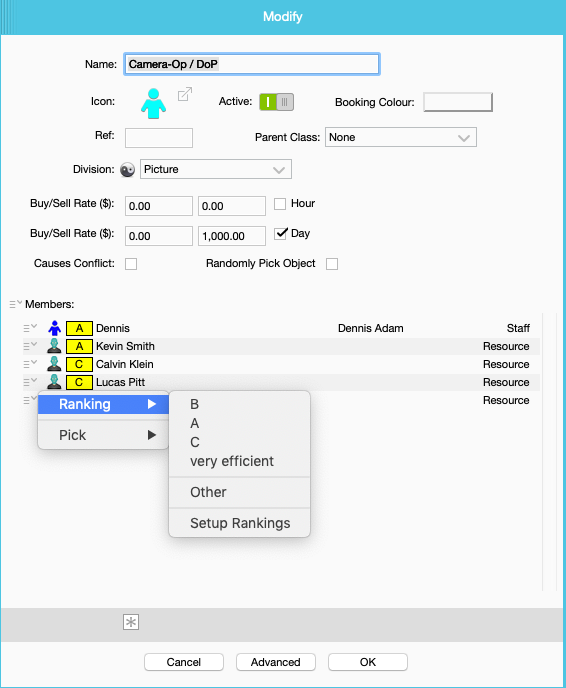 To delete a Ranking from the default list, go to Ranking > Setup Rankings > grab and pull the Ranking name into the trashcan.

To delete a Ranking from a User/Object, click on the yellow box that is situated in front of the User and shows the Ranking name.

To change a Ranking click on the dropdown menu > Ranking > pick a different Ranking, the new Ranking will be assigned. This Ranking will now show for this User on all Framework Bookings and in the yellow mouse over if the User is loaded via the Object Class into the Object Tree.

Show the Ranking on Framework Bookings

The Ranking will show after the User name in brackets "User name [Ranking]" in the drop down menu on an empty Framework Cell so you can select the User or Object.

When a User/Object is booked, the Ranking will show in the yellow mouse over in the "Object Allocated" line after the User name in brackets. 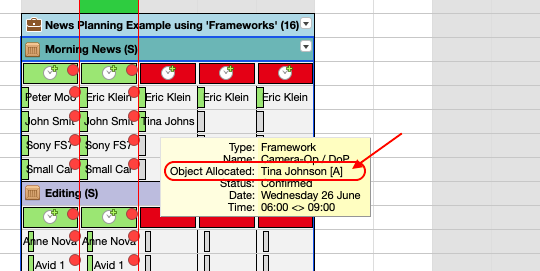 The Ranking can be shown in the Objects Tree if the option is used:

Object Tree icon > Load from Object Class > select Object Class. The Objects are loaded and while hovering over them you will see the Object Ranking in a yellow tooltip and after the User's name in brackets.

The Object Class name will be shown next to the Objects tree icon in brackets showing the number of Objects inside of it, so it is easy to see which Object Class is displayed in the Objects Tree.