A Time Unit is a particular type of Object which requires booking the amount of units an Object may produce rather than the booking of scheduled time.

For Time Units you can importantly define the Unit Name (e.g. frames/ s) and in the Unit Per Hour field how many Units can be worked on per hour: 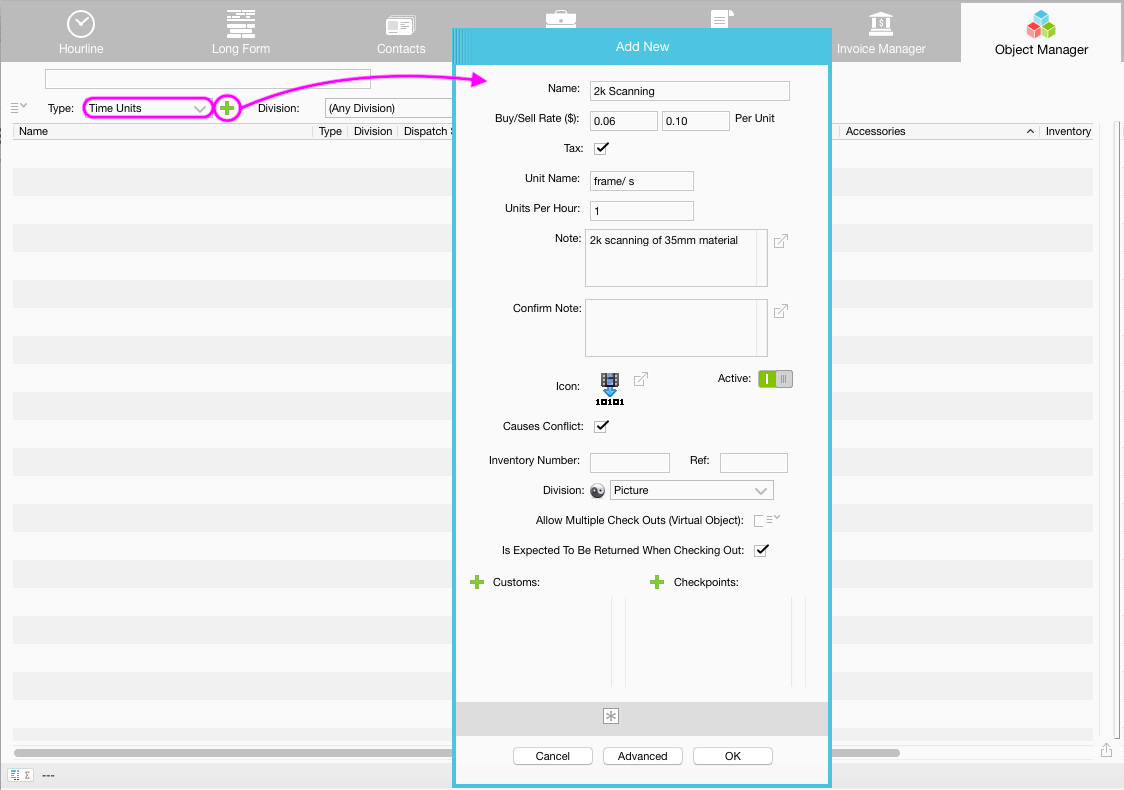