Example 1: Use Object Permissions when setting up the database involving different departments so the Users of the related department can only book their Objects.

Example 2: Use in combination with other User Permissions, where e.g. a Finance User should be an Advanced User with Rates (to be able to generate Financial Reports) but should not be able to book Objects.

NOTE: Since 6.6 SP1 it is also possible to add Web Users to Object Permissions and this way allow them to create bookings with the Global and Actual Status: Confirmed. See details in the last section of the article. 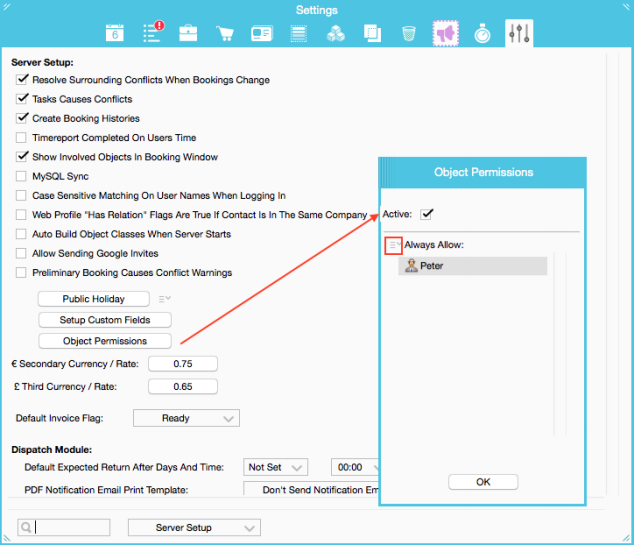 All other Advanced Users will only be able to create Bookings on the Objects in a Preliminary Object Status, unless they have been given specific Object Permission.

Once they book an Object they will get a conflict window stating: Insufficient Object's Permission.

This window will only appear if the Object Permission have been enabled.

Please note that the Users that were set to Always Allow in the Object Permissions window don’t have to be added again.

You can then also COPY the added Users and Paste to other Objects with same permissions. 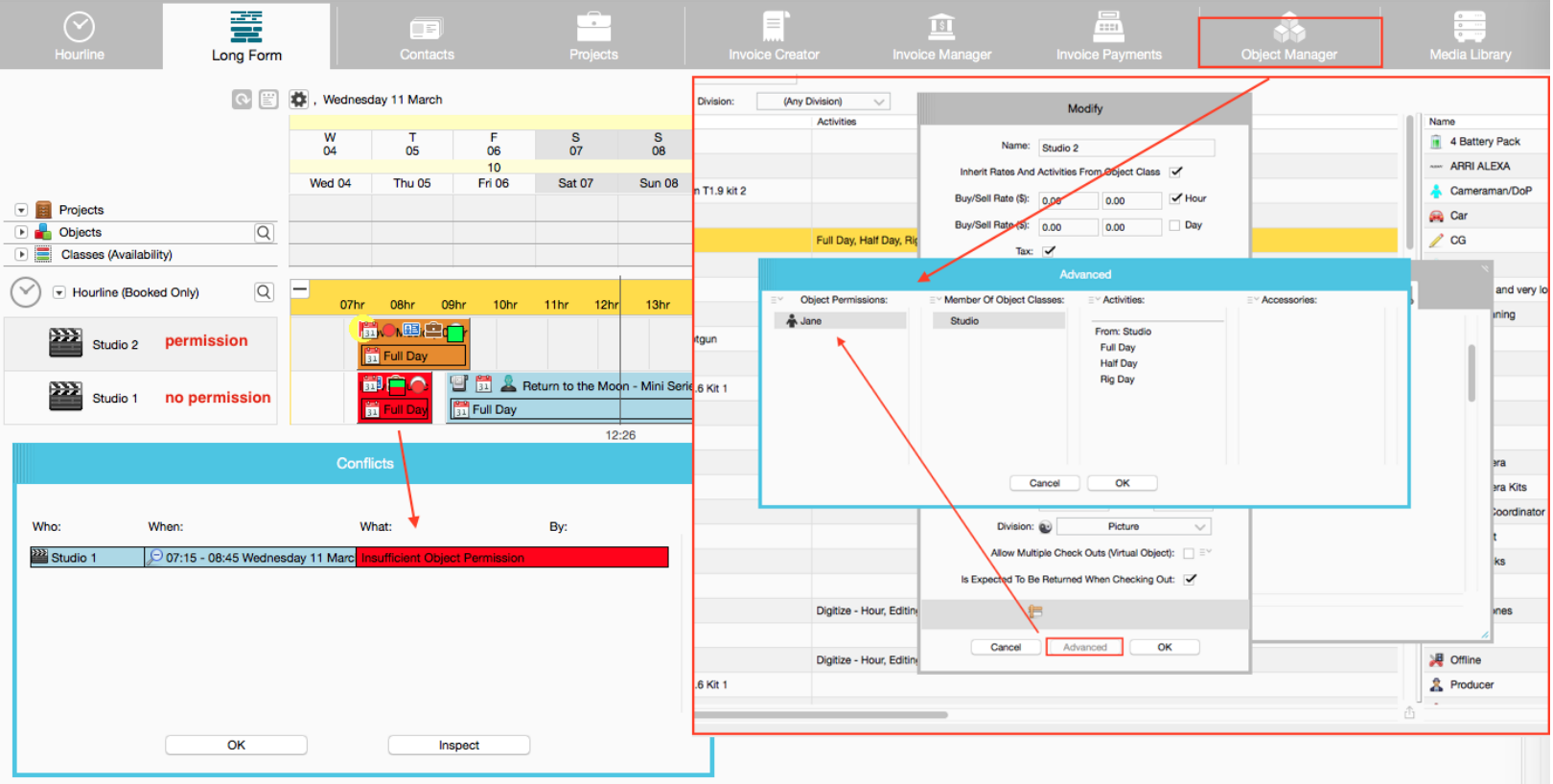 With the Filter option in the Object Tree one can monitor easily all Bookings that were created with insufficient permissions. 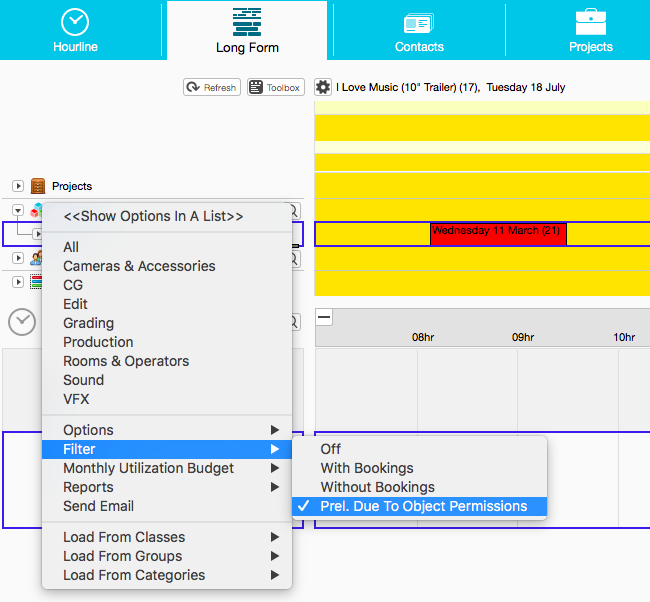 This can be useful in specific workflows.

When a Task User tries to make a Booking on an User or an Object a pop up: Insufficient Object Permission comes up.

To book himself, the User Permission Can Book Self needs to be enabled. Task Users can do Task Bookings or Maintenance Bookings if the permission (Control Maintenance) is given.

Since 6.6 SP1 it is possible to add Web Users to the Object Permissions, which was not an option before. 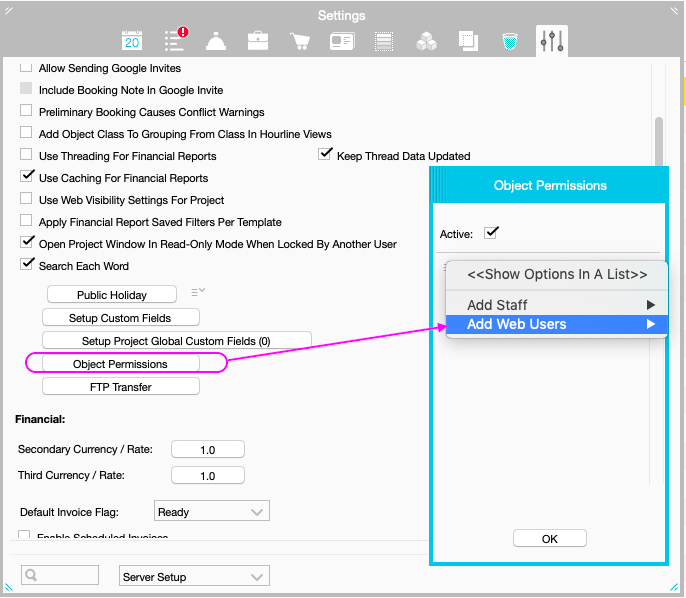