Any new Booking (Project Booking, Task Booking, NOT Personnel Booking), the User or Resource is added to, she will receive an email with invite for the event through Google's calendar system (Delays can occur! See here!). Only Task or Project Bookings with sub status ‘Confirmed’ from "today and forward" will trigger "invite emails" to be sent.

A calendar email invitation will be sent to the defined email address of the User/Resource. 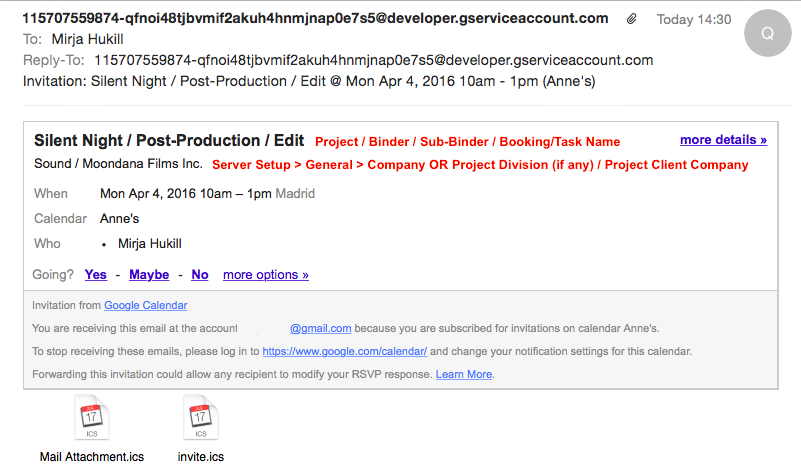 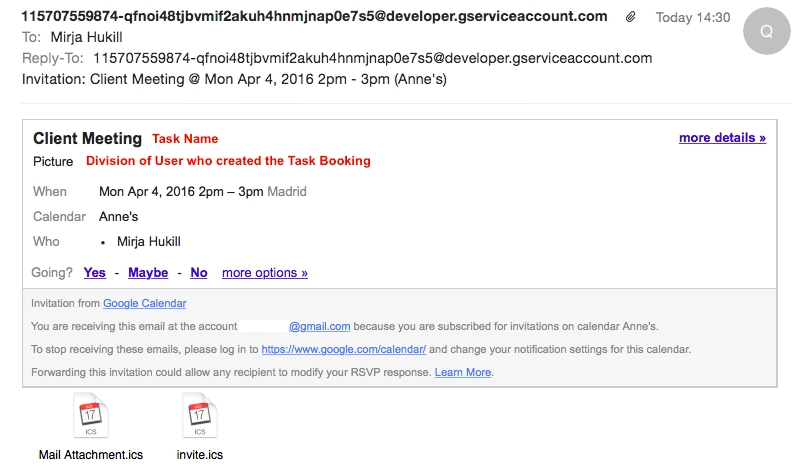 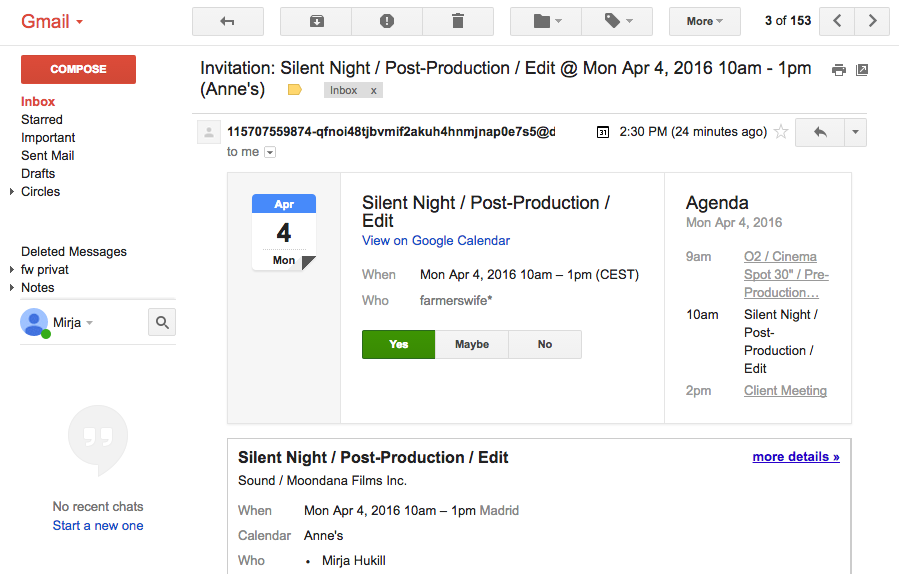 The Calendar Title of the Event/Booking

In Google Calendar the Event shows up in the Default Calendar of the User. Until the Event has been responded it shows the small arrow 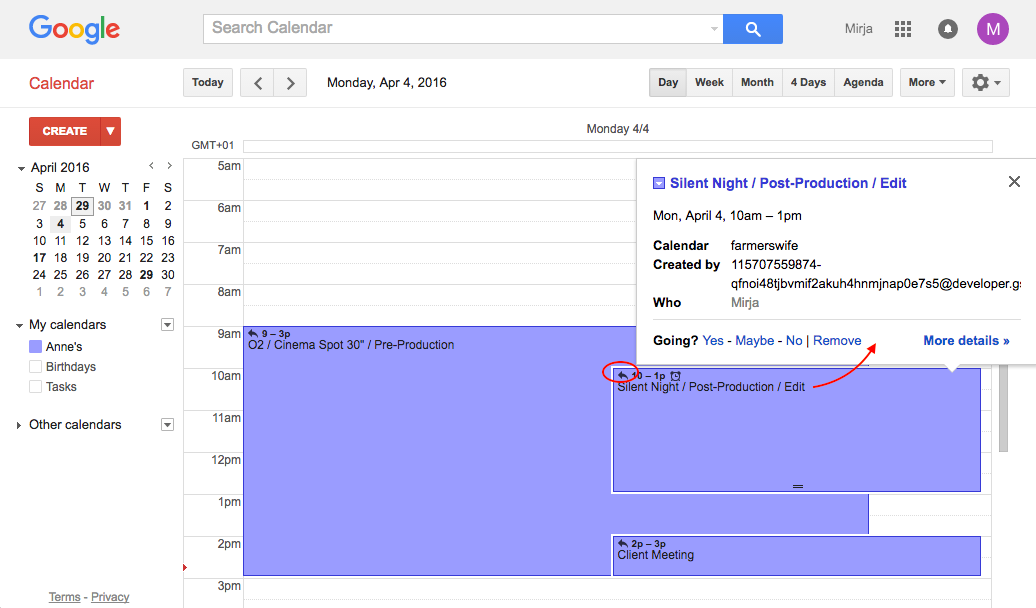 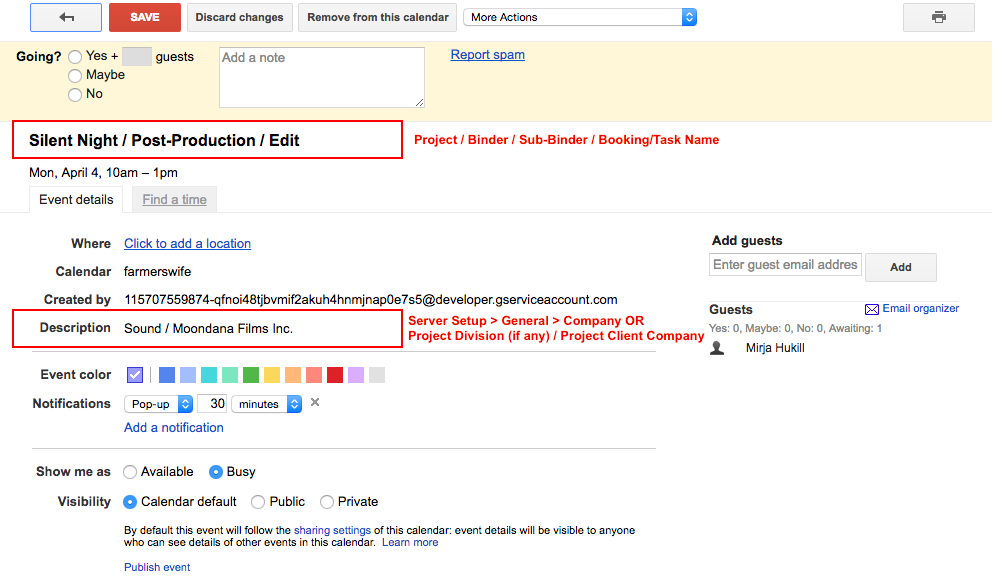 In iCal the new Event shows up in the ‘Mail ToDo’s’ or whichever calendar is set as default to receive invites. 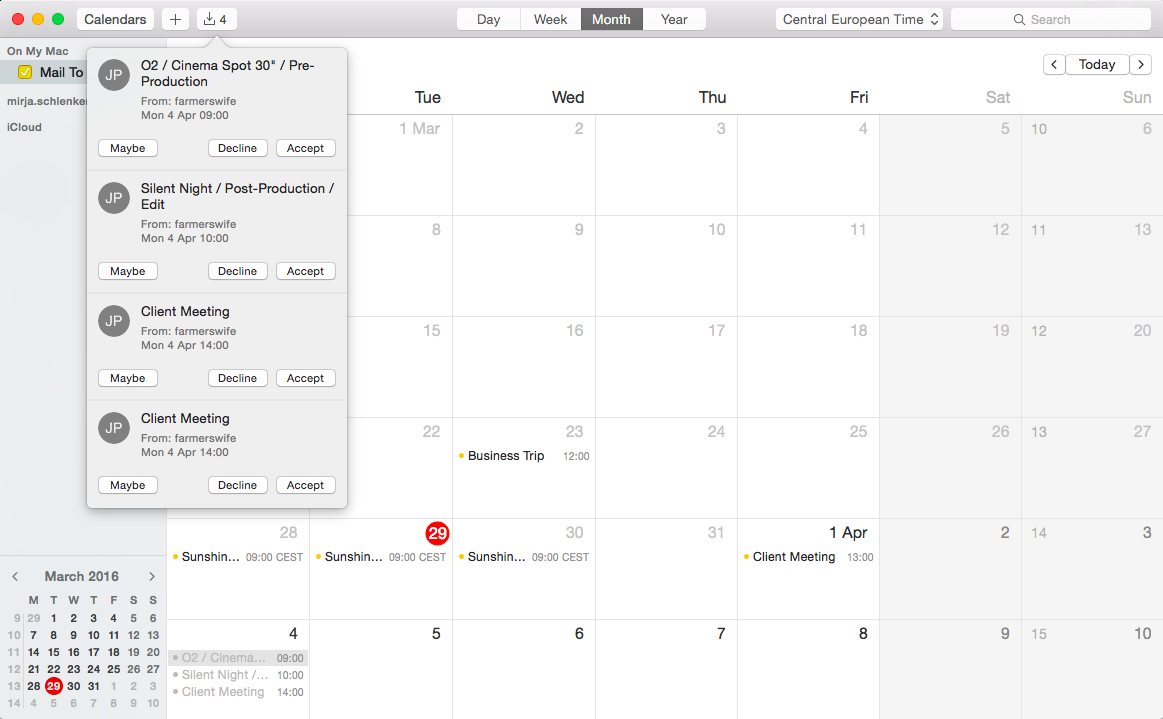 A) User’s Web Permission "Users Must Accept Or Decline Events" is NOT enabled (in this example on Anne): Make a new Booking/Task: the Booking Object Status shows according to the Global/Actual Status

B) User’s Web Permission "Users Must Accept Or Decline Events" is enabled (in this example on Daniel) Make a new Booking/Task: the Booking Object Status shows: Pending User’s Approval

Declined Users and Resources will disappear from the Booking’s Timereport, thus in some events the Timereport icon will turn green, as all (none) Object’s have been ‘reported’. Once you re-time the Booking, the User/Resource will be re-set to ‘Confirmed’ (A) or ‘Pending User’s Approval (B). It might take a few minutes to update the status in farmerswife after the Booking has been moved.

Accepted Events in Google’sCalendar (both Project Bookings onAnne and Daniel)

The mouse over shows also the Object Status as well as the Colour Configuration in Toolbox > Settings > Display > User Approval Status.

Declined User Anne. Anne is not appearing on the Timereport as she declined theevent. Timereport = green as all (none) Objects are reported. 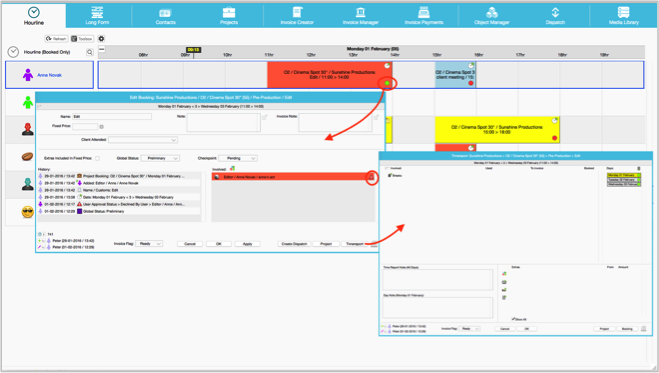