A Budget Account often has a limited set of Objects that are added to it. For example, an Account for "Producers" might be relevant for people but not equipment. But when adding new Budget Details to those accounts, it would still list all possible Objects in the dialog.

Now you can limit the default suggestions, by going into Global Budget Settings and clicking on the "Objects" icon on each Account. Add the Objects or Classes that should be listed when adding Budget lines to that account.

There are two ways to add default Objects: 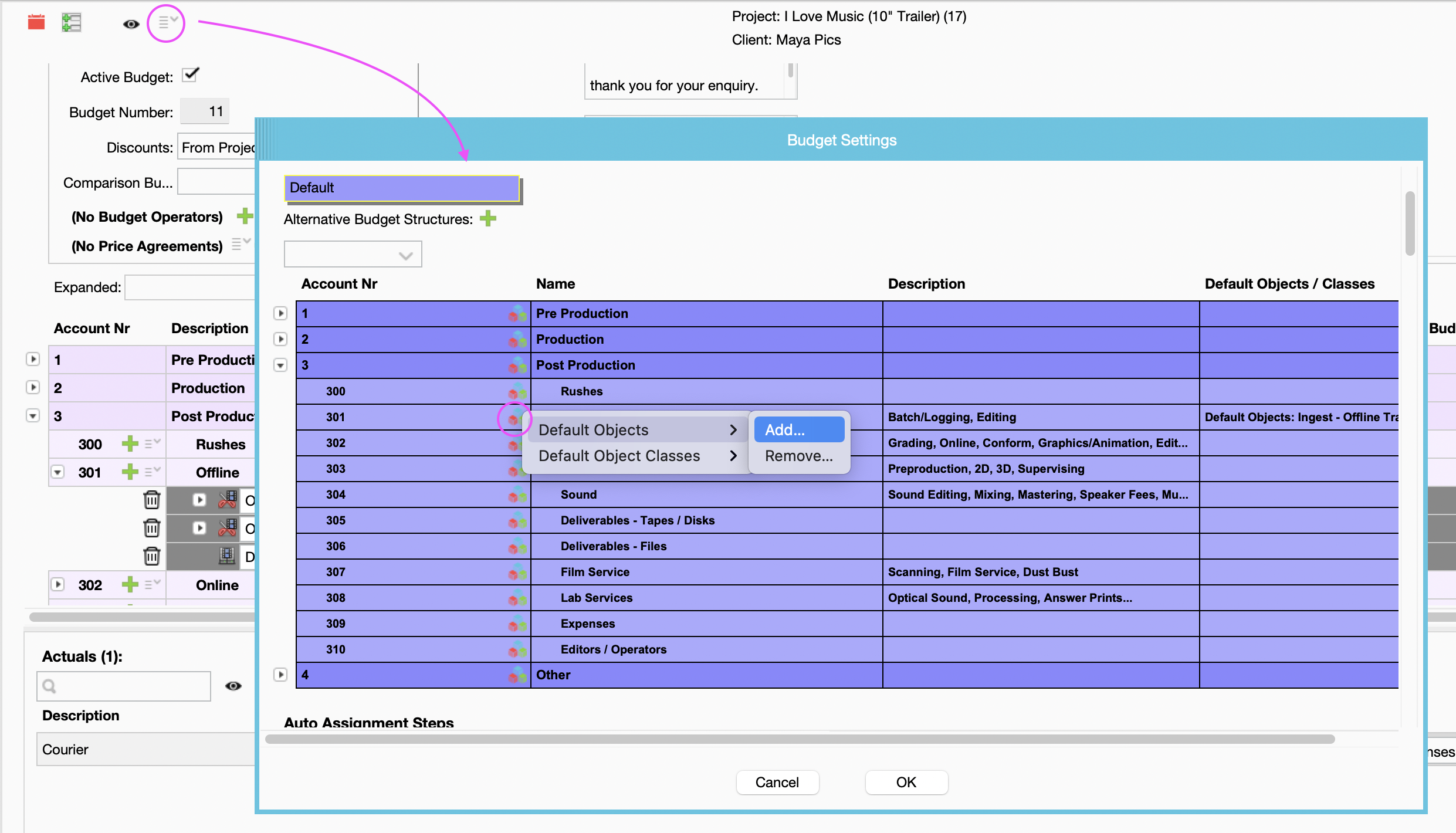 - If you only add the Object Class to "Default Objects" then you'll only be able to add the Class itself to the Account. Not its members.

- If you only add the Object Class to "Default Object Classes" then you'll only be able to add the Class' members to the Account. Not the Class itself.

When an Account has a limited set of Default Objects, you can still change the filter and select a different Object. You'll then be asked if you want to add the Object to the Default Objects for the Account. 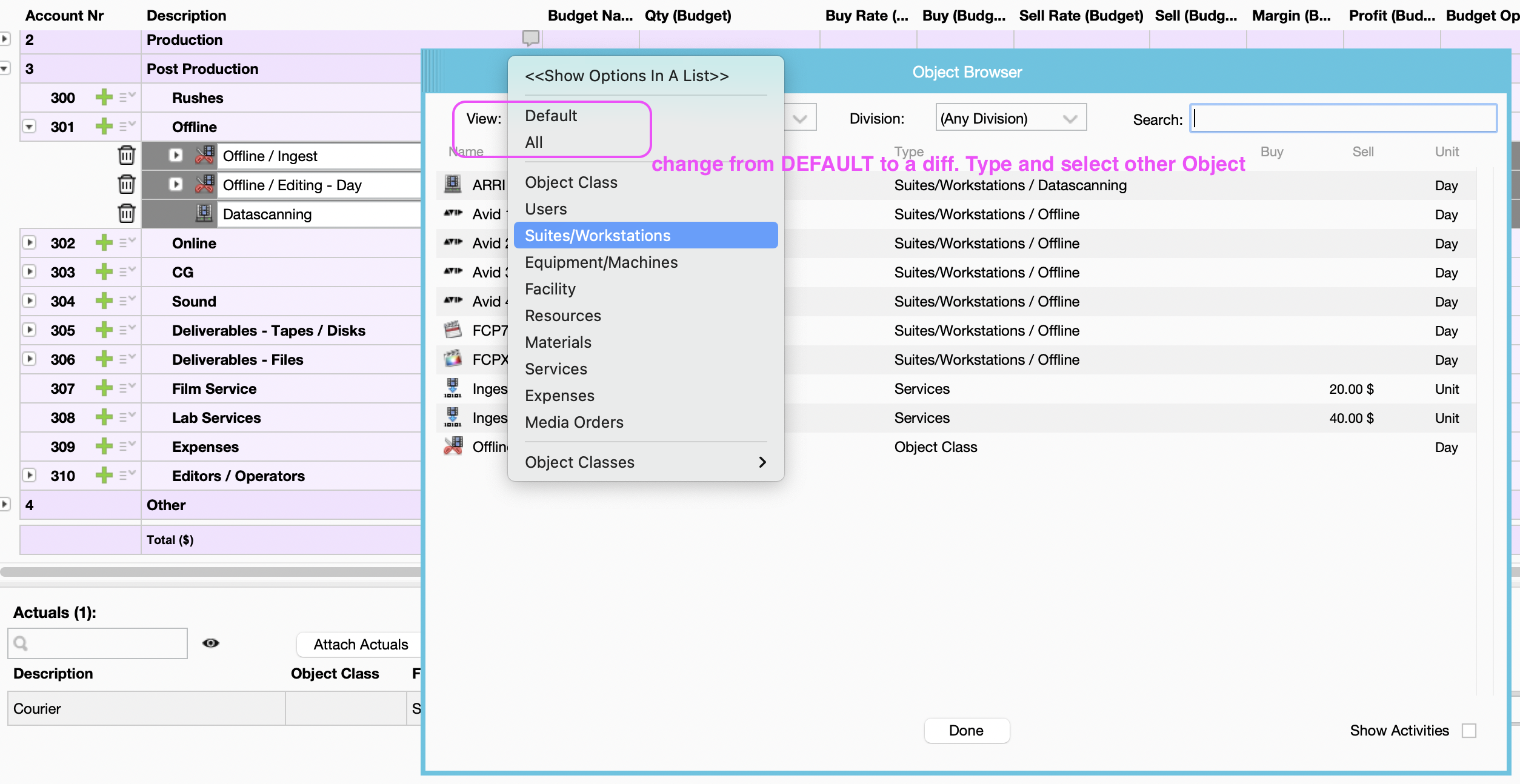 e.g. you choose Baselight... once added to the budget you can also add to Default Objects (Yes) or not (No). 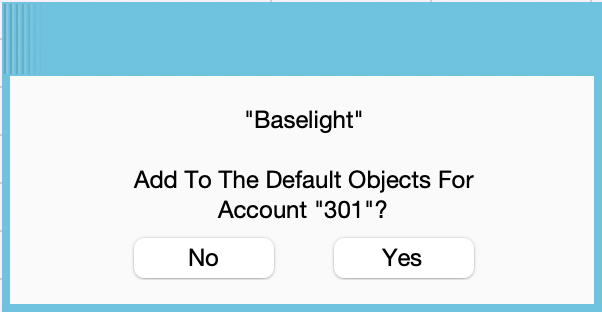 Finally, in the Object Manager, exported CSV files now have a new column called "Budget Accounts" which contains a comma-separated list of accounts where the Object is part of the Default Objects.

The same column is supported on import, so you can edit the list of Accounts on each Object in the CSV file before importing.